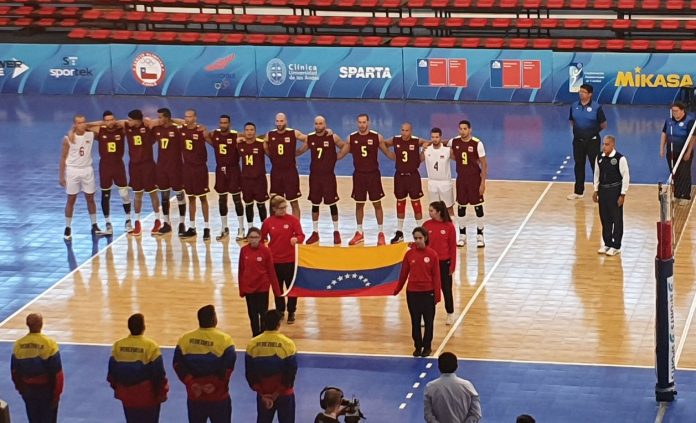 Venezuela rejected this Wednesday that Chile “has not granted” the visas to the members of the men’s volleyball team, who were going to travel to the Andean country to participate in the South American Tournament, which will be played until next Sunday and which grants two quotas for the Pan American Games Santiago 2023.

The Ministry of Youth and Sports and the National Sports Institute assured through a statement that, “despite having carried out the pertinent and mandatory procedures in a timely manner, and complying with each of the requirements requested by the Chilean consulate” accredited in Venezuela, “visas were not granted” to the players or to the technical team.

“The government of Venezuela has guaranteed, as usual, the investment of necessary resources to reach the optimum level of preparation for our athletes, as well as all the sporting and logistical aspects for the participation of our delegation in the aforementioned event,” reads the written.

The institutions asked the South American Volleyball Confederation to evaluate the “possibility of applying an exceptional measure to correct what happened, and that allows the participation of Venezuela in Men’s Court Volleyball at the Santiago 2023 Pan American Games.”

In a note posted on Twitter, the CSV reported that “definitely, the Venezuelan team will not attend” the tournament “due to delays in processing their respective visas.”

The first vice president of the official United Socialist Party of Venezuela, Diosdado Cabello, said that it is a “unilateral decision” by the government of Gabriel Boric, whom he accused of having a “miserable attitude.”

“The procedures were done on time, but Mr. Boric gives the order (to) not give them the visa. It is aggression against our country, (…) it is a government that is attacking the people of Venezuela, Mr. Boric, it is attacking our athletes, our youth,” the leader said on his television program “Con el Mazo Dando,” which broadcasts the state channel VTV.

Independent journalism needs the support of its readers to continue and ensure that the uncomfortable news they don’t want you to read remains within your reach. Today, with your support, we will continue to work hard for censorship-free journalism!